From the idea to the sculpture. The realisation of an artistic project idea, such as the one underlying the NATUR project, requires a wide range of know-how. Therefore, such a project always comes into being in exchange with many people and in close cooperation with a project team that plays a significant role. A project of this dimension not only needs the right people, but also the right timing. An initial sketch for the project had been in Tim Otto Roth's drawer for some time. Finally, the successful presentation of the "Heaven's Carousel" in the Corona Summer 2020 at the Platz der Verfassungsfreunde in Offenburg prompted the idea to tackle a longer-term project in the region. At the invitation of the mayor of Oppenau Uwe Gaiser, he presented the NATUR concept to the culture and tourism committee in his home town in late 2020. After the extremely positive response, the first planning started. 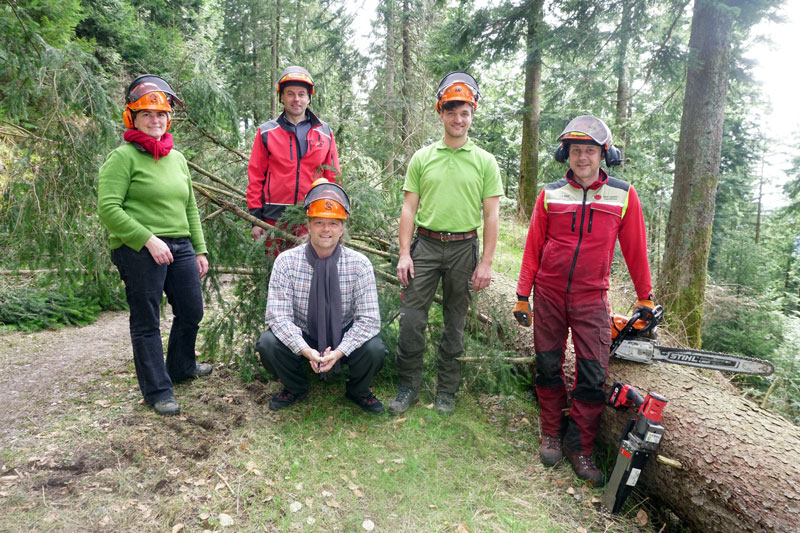 The trees have fallen: Impression after the shooting with the forest ranger Lukas Ruf and the municipal logging team at the Braunberg in Oppenau.

Wooden innovation Originally, a more traditional truss construction was developed for NATUR in cooperation with the wood technician Stephan Hielscher from the Kompetenzzentrum (Komzet) Bau in Bühl. With the Kassel-based timber structure planners Prof. Asko Fromm and Johannes Kuhnen, two proven experts in timber construction were brought on board to give the structure an innovative guise with the reciprocal framework construction method. The first three-metre-high version of the sculpture is being realised at the Komzet Bau: the form-locking joints were designed and further developed by Stephan Hielscher and Florian Braun and applied to the first five letters using computer-assisted joinery. Five different logs from the forests of the town of Oppenau, the most densely wooded municipality in the Ortenau region, are used, which are processed in local sawmills in the Rench Valley. 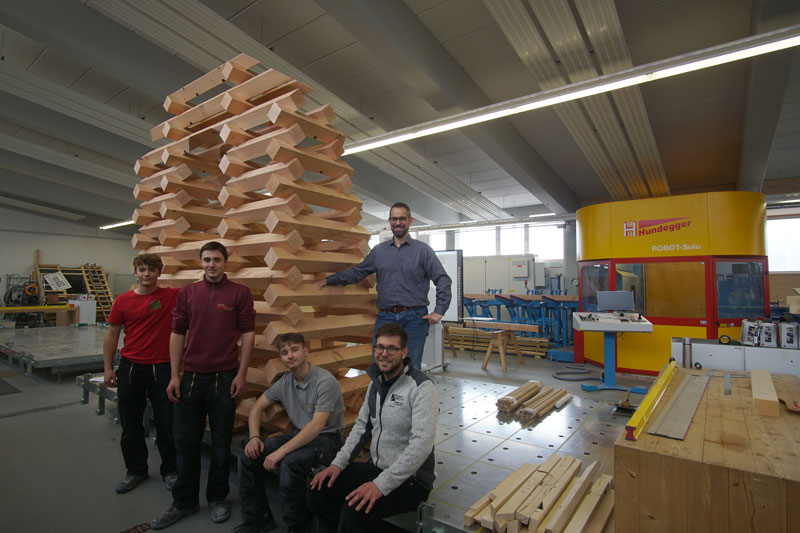 Wood professionals of today and tomorrow: trainers and apprentices building the test set-up of the A at Komzet Bau in Bühl.

More theoretical Art asks questions, but the discipline that is supposed to provide well-founded answers is science. With the art and science historian Tim Otto Roth and the literary scholar Miriam Seidler, two minds are thinking in the background about how nature is defined in different disciplines and arts and to which historical change the concept is subjected. A first result of this collection is reflected in the opening exhibition and will be further documented in the planned blog and project newspaper, in which experts from the different fields will have their say. 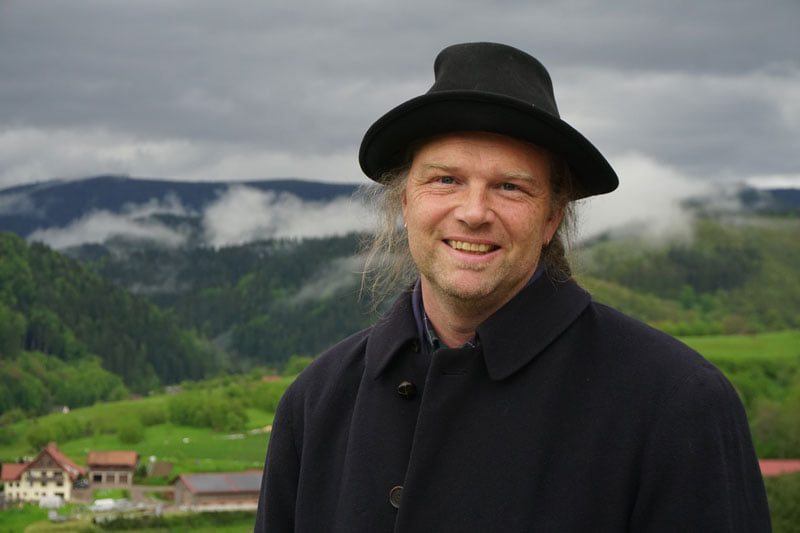 Affinity with nature The fact that the first NATURE sculpture is being erected in Oppenau is due to the Black Forest artist's attachment to his homeland. Not only does he have his roots here, but he can unwind and find inspiration as a counterbalance to his international exhibition activities. And when he really needs to clear his head, he works in the family forest or swirls the water in the local public swimming pool. The influence of the Black Forest on his artistic oeuvre could be experienced, among other things, in 2016 at the solo exhibition XX oder der Mummelsee in der Pfanne at the Municipal Gallery Offenburg.

Thinking around the corner. The northern Black Forest is not only an emotional home, but has also shaped the artist's artistic thinking. The Black Forest is a space that surprises again and again. No matter whether you are hiking or driving through the valleys by car, a new world with a different view awaits you around every bend. Consciously perceiving the space and changing it through artistic interventions is an important concern of Tim Otto Roth. In doing so, he explores very diverse spaces from the colourful shadow world of flowers to the outermost edges of the universe we know, which he brings to sound with his Heaven’s Carousel

The artist as scienctist The fact that Tim Otto Roth is active in art and music today was not preordained from the beginning. At high school, he dropped art in the upper grades because he was not interested in the old fashioned content taught in class. He only remained loyal to the photography study group until the end of his school years. After graduating from high school, he intensively studied the topic of sustainability as part of an undergraduate degree in politics and philosophy in Tübingen. In 1995, he moved to the Kunsthochschule Kassel to study photography. It was above all the conceptual interest in imaging technology triggered by photography that aroused his interest in art. This finds expression in his dissertation Cultural History of Shadow Pictures as well as in his innovative shadow work on light-sensitive material without a camera.