Kick-off Made of three-metre-high capital letters, the NATUR lettering was erected as a wooden sculpture on the Kleinebene hill in Oppenau in July 2022. The approximately 14-metre-long sculpture in the northern Black Forest marks the kick-off for the large-scale NATUR project, which envisages further locations in the Black Forest and also a larger version with a height of 14 metres. In April, the first letter, the A, was realised with 12cm logs made of Douglas fir wood. On the occasion of the opening exhibition "Wo NATUR drauf steht, ist auch Natur drin" (Where NATUR is on it, nature is in it), was temporarily presented in front of the imachination labs studio in Oppenau until the summer. The other letters are realised in fir, larch, oak and chestnut. 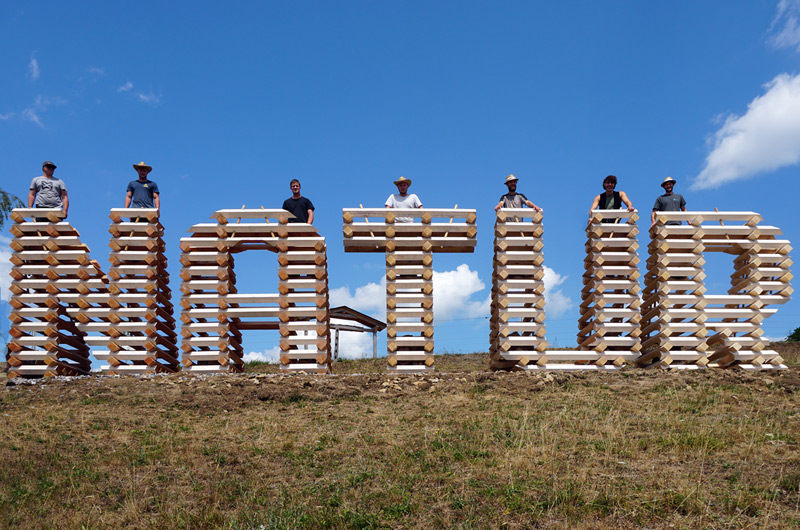 Art and (wooden) inovation This first sculpture is special in this respect, as it is the first occasion on which the innovative computer-assisted construction method has been tested and implemented. Here this project combines know-how in craftsmanship with the latest research: from the selection of local woods, each with its own character, to the testing of the form-fitting connection, in which the individual parts interlock like a jigsaw puzzle, to the development of a natural colour and the "programming" of the disintegration process. The concept was developed by Tim Otto Roth in collaboration with the structural engineers Prof. Asko Fromm and Johannes Kuhnen and further developed and implemented by the wood technicians Stephan Hielscher and Florian Braun from Komzet Bau Bühl. 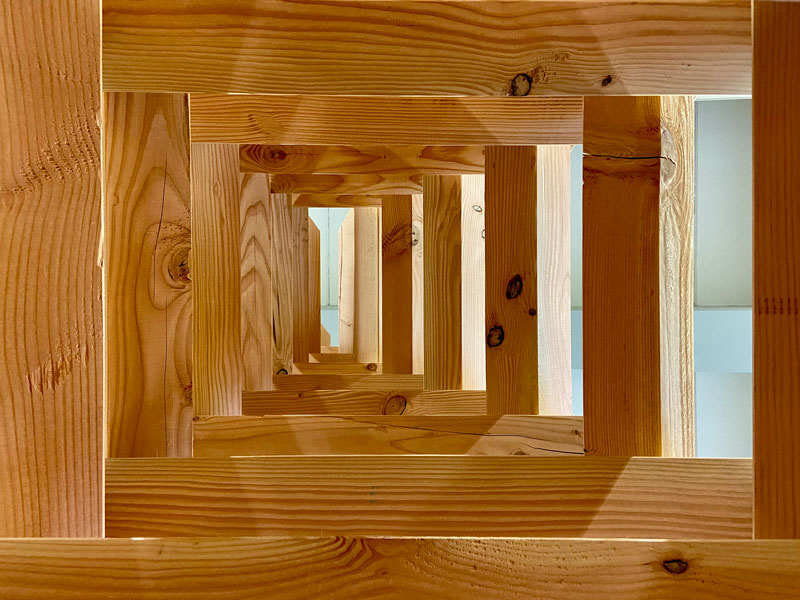 Gravity and entanglement: impression of the interior construction of the letter A made of Douglas fir wood.

Pure Black Forest Each of the five wooden letters is made from a different type of local timber: larch, Douglas fir, oak, chestnut and silver fir. Logs from the municipal forest of Oppenau, the most densely wooded municipality in the Ortenau region, have been used and processed in sawmills in the Renchtal valley. Even the white barite pigment, which ensures the visibility of the letter front at a distance, comes from a mine in the neighbouring valley. Around 7.5 cubic metres of wood or 442 individual beams are used. The individual letters weigh between 650-1150 kg, depending on the design and type of wood.

Outlook With NATUR, Tim Otto Roth is planning a project that connects the Black Forest as a cultural region. This will succeed if the lettering becomes a recognisable symbol for the region. To this end, more of these 3-metre-high satellite sculptures are to be created at various locations in the region, each made of typical local woods. 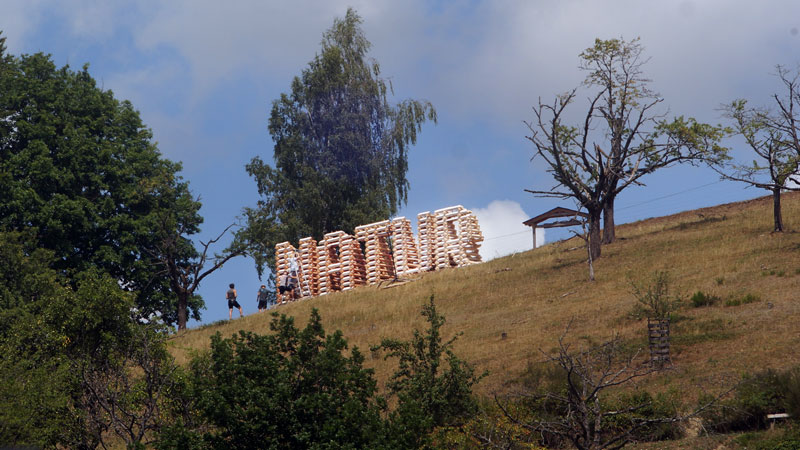 A sculpture made for the view from a distance: last painting finish for the sculpture.